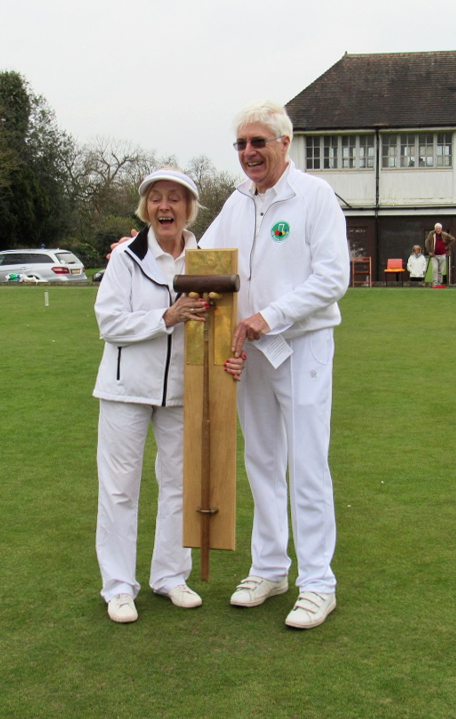 The annual croquet match between High Wycombe and Ealing for the Bryan Lloyd-Pratt Trophy took place this year on Saturday 7 April. The competition comprises four pairs of players, with two playing Golf Croquet and two playing Association Croquet. The Association teams play two games, and the Golf Croquet pairs play best of three both morning and afternoon. All games are Handicap. This year we were the host, and had never won the Trophy in the four years since its inception.

The result couldn’t have been closer. In the final Association game the scores were level when time was called, so a golden hoop was required. Harry Midgley and his partner David Graham scored the crucial point for an Ealing success.

A great day, with warmish temperatures and more sunshine than we had seen in recent weeks. We look forward to next year’s event at High Wycombe.