Ealing make it onto Centre Court 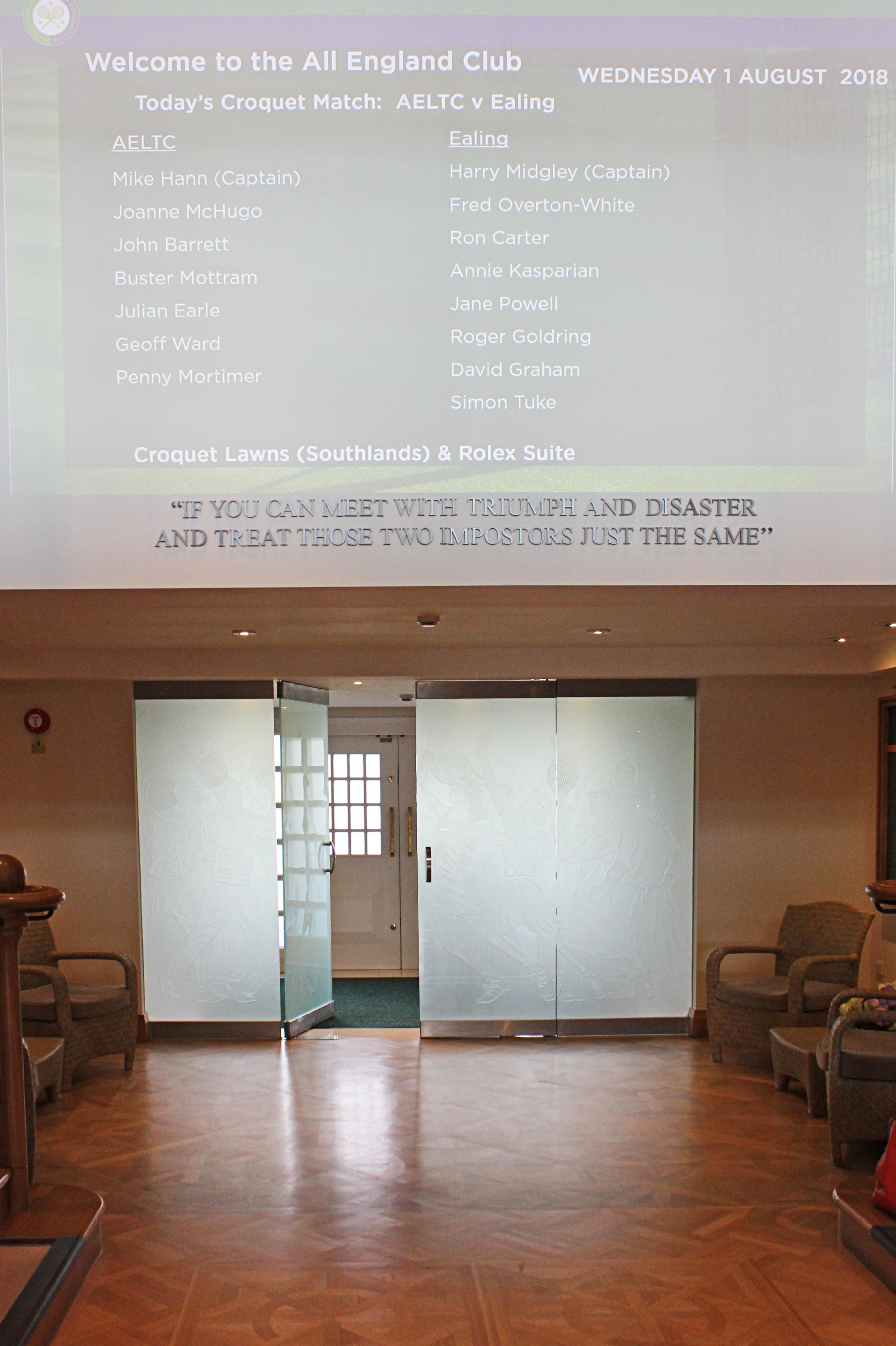 On August 1st eight Ealing players had the great privilege of playing at the All England Club at Wimbledon.

We were treated to lavish hospitality in the Rolex Suite, and were given a fascinating guided tour by Buster Mottram, including visiting the Royal Box, seeing the Championship trophies, and discovering that the record for most wins at Wimbledon is held not by Martina Navratilova, but by croquet player Bernard Neal.

As our photo shows, we also had the thrill of seeing our names displayed above the famous Kipling quotation that greets players as they make their way onto the hallowed turf.

There was even the added bonus of parking next to the Hawk Man when we arrived, and being shown one of his young Peregrine Falcons that help keep the pigeons away from the club.

In amongst all this excitement some very enjoyable games of croquet also took place, on the club’s excellent lawns. It was decided at lunchtime that the fixture would be declared a draw, so we were able to concentrate on even greater conviviality for the afternoon.

Our warm thanks to everyone at Wimbledon for their warm welcome. We hope to be able to repay the compliment soon.