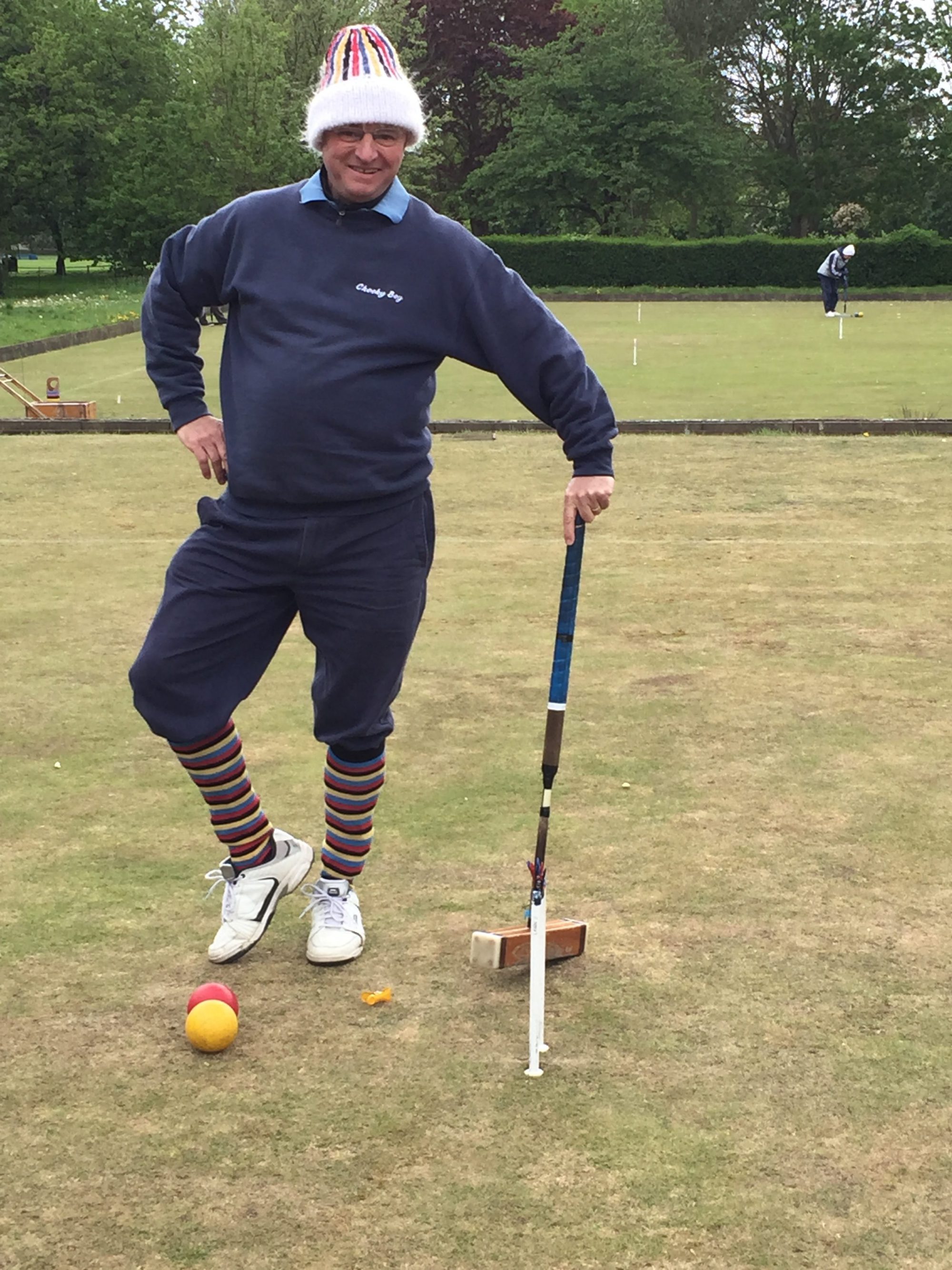 Eight players braved Storm Hannah to play in the Charity One-Ball Heat in aid of the Alzheimer’s Society. In the end the winds were not quite as ferocious as predicted, and the rain stayed away, though some gentle shots were blown several feet off course.

Five or six rounds had originally been planned, but people seemed to be enjoying themselves so much that quite a few completed seven games, meaning they had played everyone.

David Graham won 5 out of 7, and Michael Sherratt 5 out of 6. This strictly speaking made Michael the winner on the basis of a higher percentage of wins. However, neither player chose to progress to the Final at Surbiton, as it clashes with the Ealing Open Day. So they graciously conceded this honour to Simon Tuke, who came third with 4 out of 7, and also took the laurels for best break, with an eight-hoop turn in one game, followed by a six-hooper in the next game. It is perhaps no coincidence that these were achieved directly after lunch, at which a bottle of red wine was broached.

£100 was raised for the charity thanks to the generosity of the competitors. The Alzheimer’s Society designated colour is blue, which when combined with the conditions led to some interesting sartorial displays, as you can see.

We look forward to repeating the event next year.