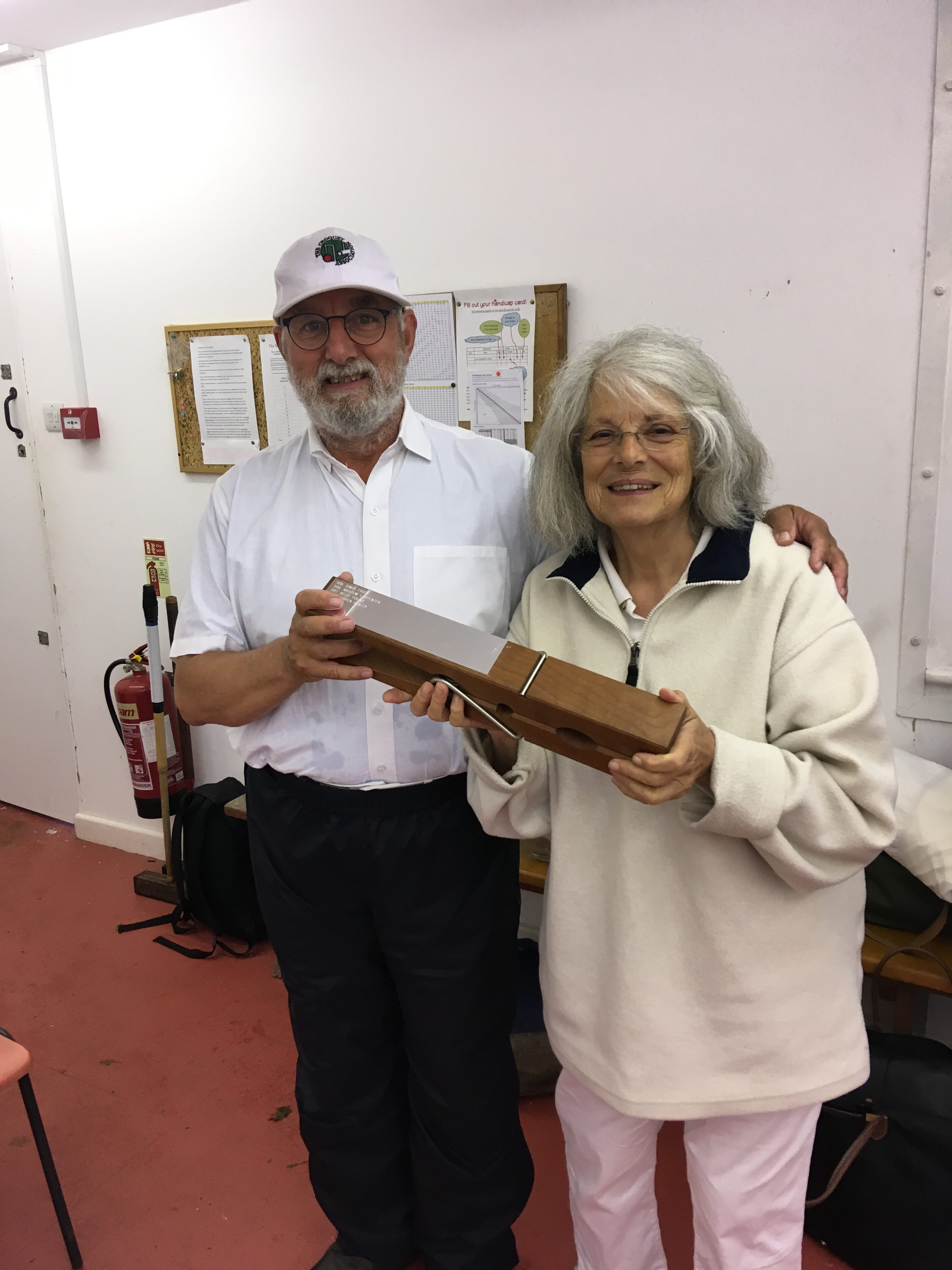 Twelve players took part in the annual Golf Croquet B-Level tournament hosted by Ealing Croquet Club on 12th June. Seven competitors were from other clubs – with visitors coming from as far afield as Wiltshire – and there were five ECC members taking part. After a potentially difficult start, due to vandalism of the club buildings, the tournament proceeded very smoothly. Luckily Charlie Sale was able to disable the new fire alarm, otherwise proceedings would have had to progress with an unscheduled background soundtrack!

Play started promptly at 9.30 and finished at about 6.30. After seven closely fought singles rounds, the eventual winner was Ron Carter from Ealing Croquet Club. David Graham, who very kindly agreed to enter at the last moment due to the withdrawal of one of the competitors, came third. Congratulations to these players and many thanks to the other club members, who helped to make the tournament so successful.

Volunteers from the club helped with the catering, which was very popular.