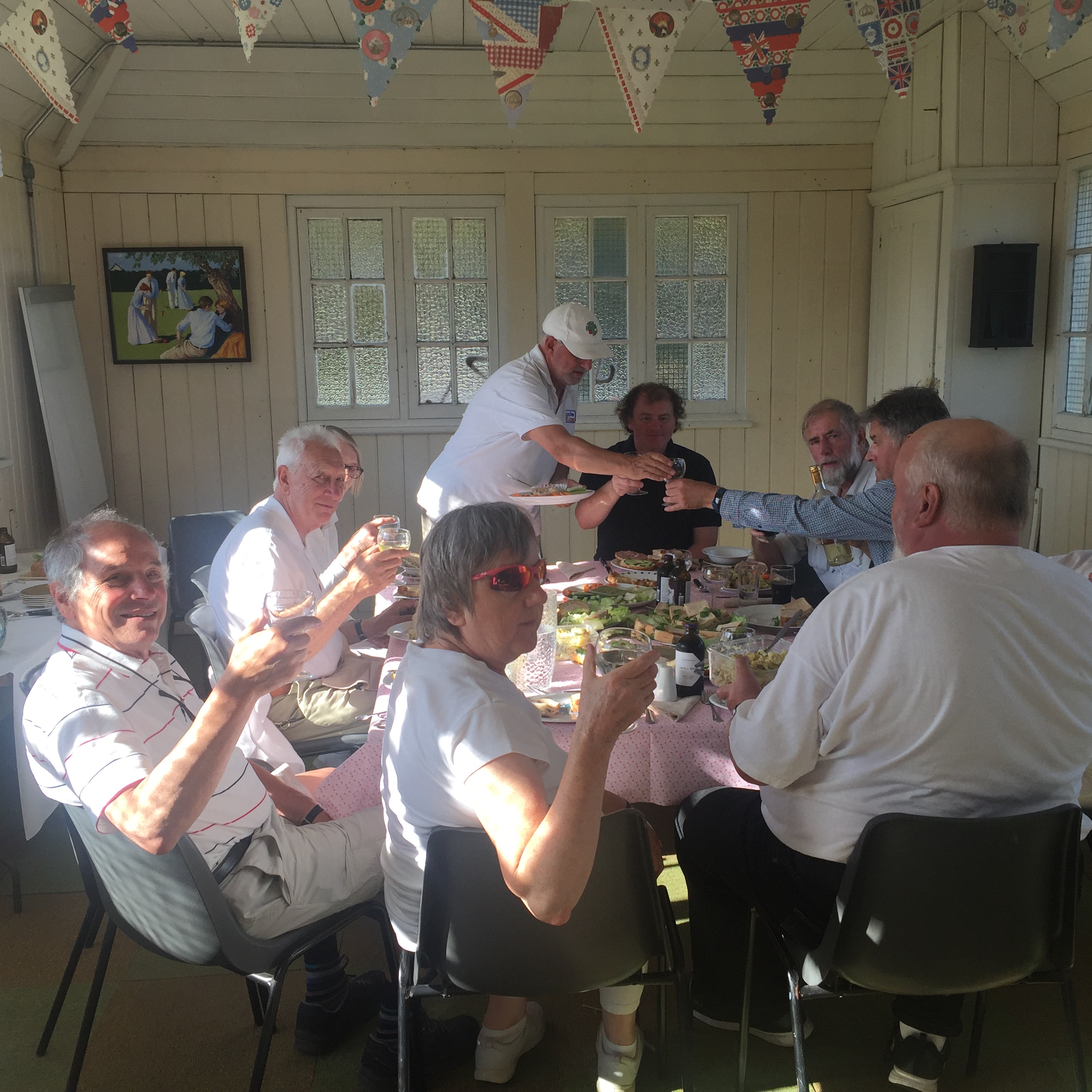 First of all, many thanks to each and every one of you, not just the players, as I was so impressed by our Club spirit in all pulling together to make it a great day for our appreciative visitors. We are building up an enviable reputation for our hospitality to all our visitors, and not just for being difficult to beat on our home lawns.

Top scorer for the team was the rarely seen (this season) lightly tanned Fred, who was much more effective than his £50 million Manchester United namesake: he won all three of his singles matches, and partnered Naomi to a close but crucial doubles win to level the match at the end of Round 3. David and Annie had comfortably out-played the Dulwich pair to set Ealing off to a winning start, and we stayed in the lead up until the end of the Round 3 games as Dulwich drew level.

The four singles matches in Round 4 proved decisive: Carol came in for her only game up against Tim Lomas, Dulwich’s most successful player, and went down 4-7, putting Dulwich ahead for the only time in the entire match. Parity was rapidly regained as David won his singles match, then Fred eased us ahead by beating Phillip Batty, Dulwich’s 5-Handicap player. All then depended on Naomi, who was taken to the wire, winning on the 13th hoop to confirm the Ealing win.

Meanwhile our own version of the Mad Hatter’s Tea Party was being assembled upstairs by a combination of Annie, Isobel and Naomi, while supplying on-tap tea and biscuits throughout; see the picture to get an idea of what a great table greeted us all at the end of the match. And they all played as well! Harry, Carol and Fred all contributed to the post-match clear-up, as we bade farewell to our visitors.

This was a successful model for our planned Monthly Saturday Morning GC Winter Warmer Matches against visiting Clubs for October to March, subject to lawn availability, and we’d love many more Club members to join in.