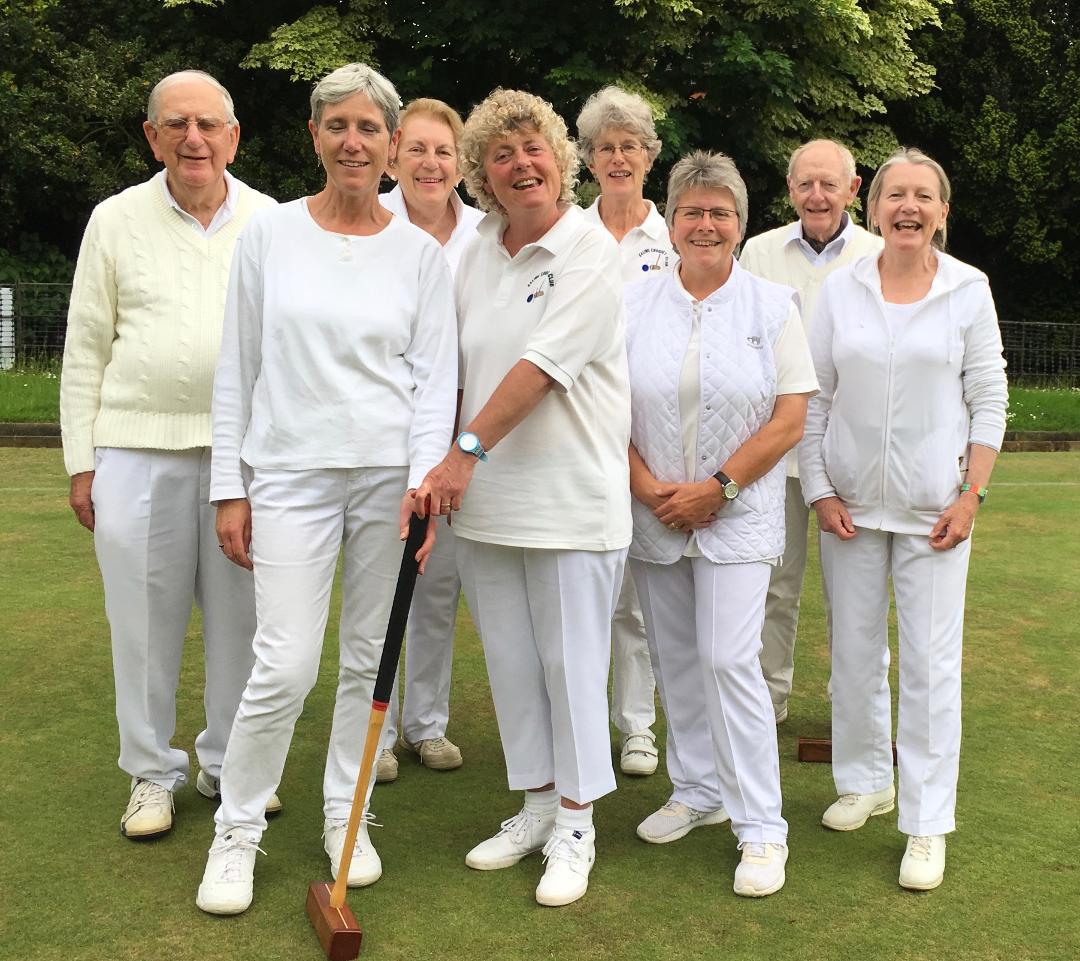 Ealing continued their winning start to the season in the South-East Federation Leagues with a comprehensive 7-2 win at home against Roehampton on May 30th in the Golf Croquet Handicap League.

Jennian Geddes and Ruth Sisley adopted the cunning ploy of lulling the opposition into a false sense of complacency by losing their morning doubles 7-0. Jane Powell and Bridget Goodman won their doubles, making it one-all after Round 1.

Ealing then proceeded to win six of the seven remaining matches, though all but one of these were by margins of 7-5 or 7-4, so the croquet was more competitive than the final scoreline might suggest.

Roehampton were charming opponents, and their disappointment at the result was hopefully allayed to some extent by the provision of fresh strawberries, cream and Ruth’s home-made meringues for tea.