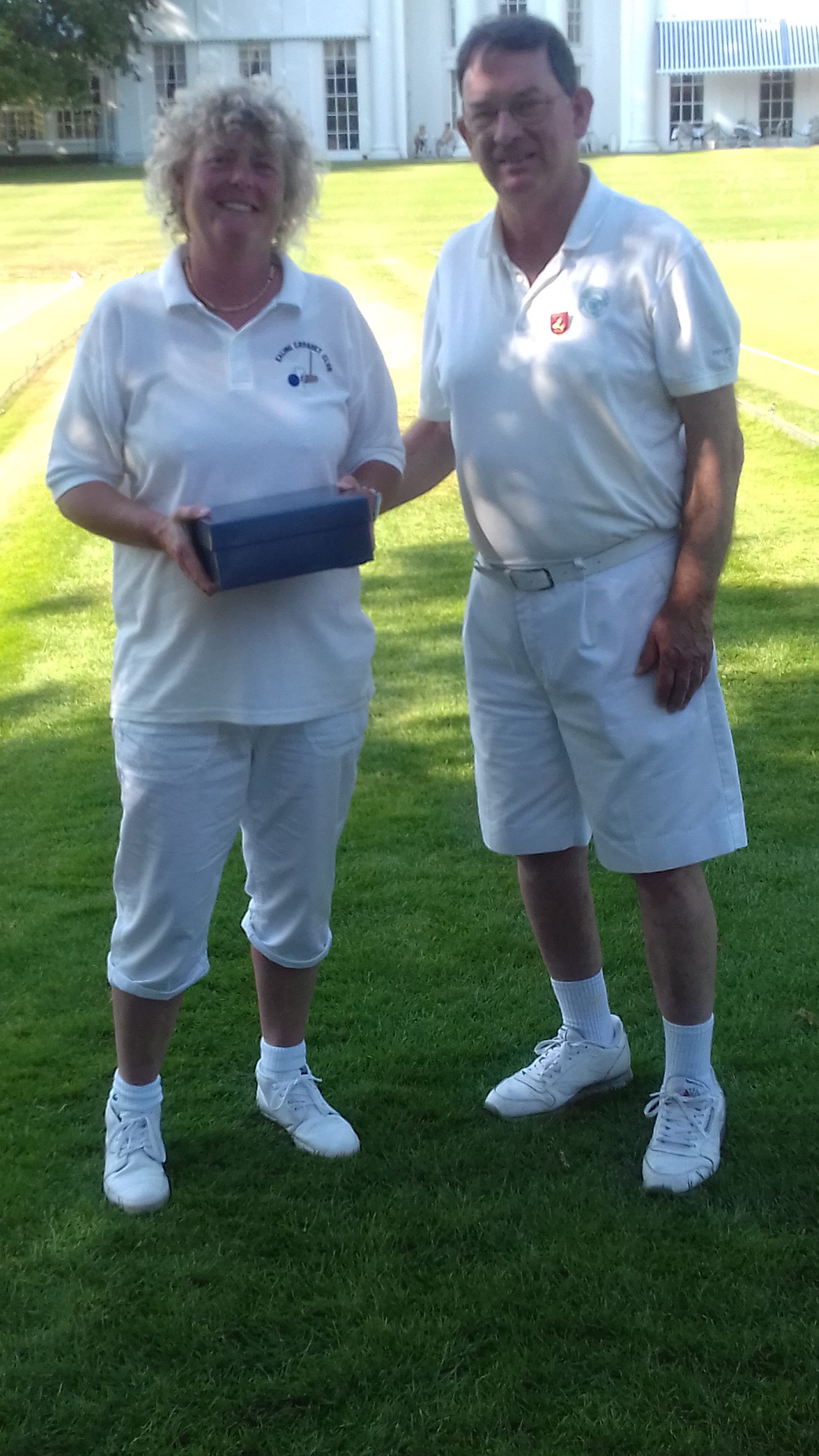 Following their recent success at Roehampton, you might have thought that Bridget and Jane might have done the decent thing and given someone else a chance.

However, fortified by copious amounts of lemon barley water on the scorchingly hot day, they met once again in the final. The match was not quite as close as the one at Roehampton, and Bridget finally wore Jane down to win 7 – 4.

This means that Bridget definitely has a place (actually two!) at the Finals in Nottingham on 23rd September, and Jane is hoping the points she has accumulated may also provide her with a place too.