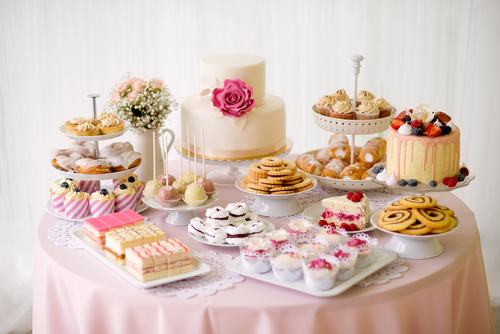 After another convoluted and confused GPS exploration of the byways of South London, our team rendezvoused at the Dulwich Sports Club with Jane Powell and Bridget Goodman, who had sensibly warmed up at the local pub. Tim Lomas, long-term Secretary of the Sports Club, had assembled his home team to cover all the bases, with two homemade cakes, an ample supply of Coronation Chicken sandwiches, his own excellent scones, and two 16-handicap players making their competitive match debuts. Tim greatly enjoyed the shocked expressions of the Ealing players suddenly comprehending exactly how many extra turns they would be conceding, even in the doubles matches. With the format creating three rounds of matches – two singles and two doubles per round – on the two slightly petite lawns with excellent fast surfaces, the contest commenced.

Round One ended even with 1 doubles and 1 singles win per team: Bridget and Jane in the doubles; Helen de Jimenez in the singles overcoming the opponent’s extra turns for Ealing.

Round Two swung to Dulwich with 3 wins; Ron Carter and Annie Kasparian won for Ealing so slowly that the rest were well into the Tea Break, addressing a well laden table and rehydrating rapidly. Indeed, it was clearly Dulwich strategy to feed Ealing so full of goodies that we lost concentration for the final round of matches trying to overcome the 3-5 deficit. Sadly for them, it misfired badly.