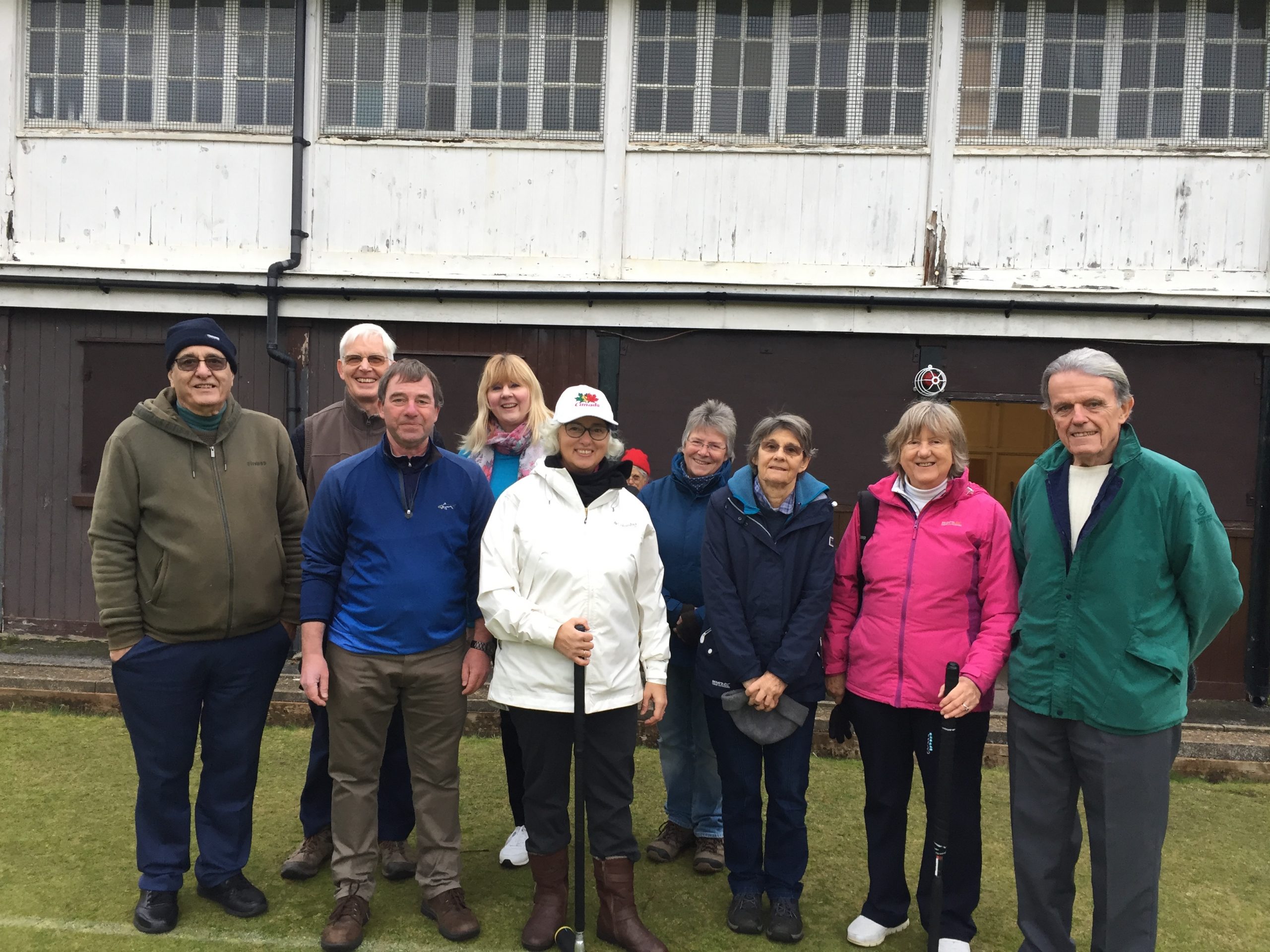 They came, they saw, they nearly conquered.

Danny Cash with his famous 4 were the opponents for match 3 of the Ealing winter warmer series, representing a recently discovered micro habitat of GC enthusiasts based at the Finchley Victoria Bowls Club, a mere 30 minutes away.

Far from being overawed by our full-size and fast-running lawns, Victoria lived up to their name by rapidly establishing a lead after the first round of matches, with only Jill and Annie winning a tight doubles match 7-5. The round 2 singles honours were even at 2 wins each. In round 3 Ealing took the lead 6 wins to 5, leaving all to play for.

In the two round-4 singles matches the lowest handicap player on each team played the opposition’s highest handicapper, so there were oodles of extra turns in play. In both cases it was the high handicapper with the extra turns who won, while Naomi and Don crumbled in the doubles leaving the match tied!

A prolonged penalty shoot-out with every player aiming to hit the centre post from the boundary to win was finally settled on the 17th shot, when Naomi remembered her Southwick Croquet Academy advice from Cliff Jones. To the victors the spoils, in this case Bridget’s generous bottle of Cava, which in the spirit of the match was immediately cracked open and shared amongst everyone.

We then retired to the Rose and Crown en masse. A good time was had by all. Final score 7 wins each. The hoop count was 84 to Ealing and 78 to Finchley Victoria. Mention should be made of Annie, the only player on either side with 4 out of 4 wins.

Many thanks to the helpers and supporters, Charlie, Bridget Jane and Helen, and I look forward to the next match in late January.