One-ballers enjoy fun in the sun

A record field of 12 (the maximum we could accommodate on two lawns with triple-banking) assembled on Sunday 24th April to contest the now-traditional Charity One-Ball Heat.

Hundreds of players nationwide compete in this event every year, raising tens of thousands for charity over the years. This year’s designated charity is Mind, and players were encouraged to wear their house colour of blue.

One of the attractions of the competition is that both Golf and Association Croquet players can compete on equal terms, with skills from both formats of the game proving valuable.

On a gloriously sunny day five games were available for those who wanted them, on lawns that have got appreciably faster over recent weeks, with everything wrapped up not long after lunch.

The clear winner was Simon Turner, with an impressive and clinical five wins out of five. He gets to keep the mighty Butlin Cup for a year. (Specialist advice is available on increasing his home insurance cover to include this priceless treasure.) As the photo below shows, a seasonal additional prize of an Easter Egg somewhat overwhelmed the cup.

Runner-up was Ignacio Gross with four wins out of five. The generosity of the players (and one spectator) meant we raised the spelndid total of £168, entitling us to two places in the final at Surbiton on Sunday 8th May. Unfortunately Ignacio is not available that day, so Martin Blackmore will represent the club alongside Simon Turner. Simon Tuke will also be there, having qualified at the Surbiton heat earlier in the year.

Many thanks to everyone for entering into the spirit of the occasion and making it such a friendly, though keenly contested, day.

And good luck to the finalists. 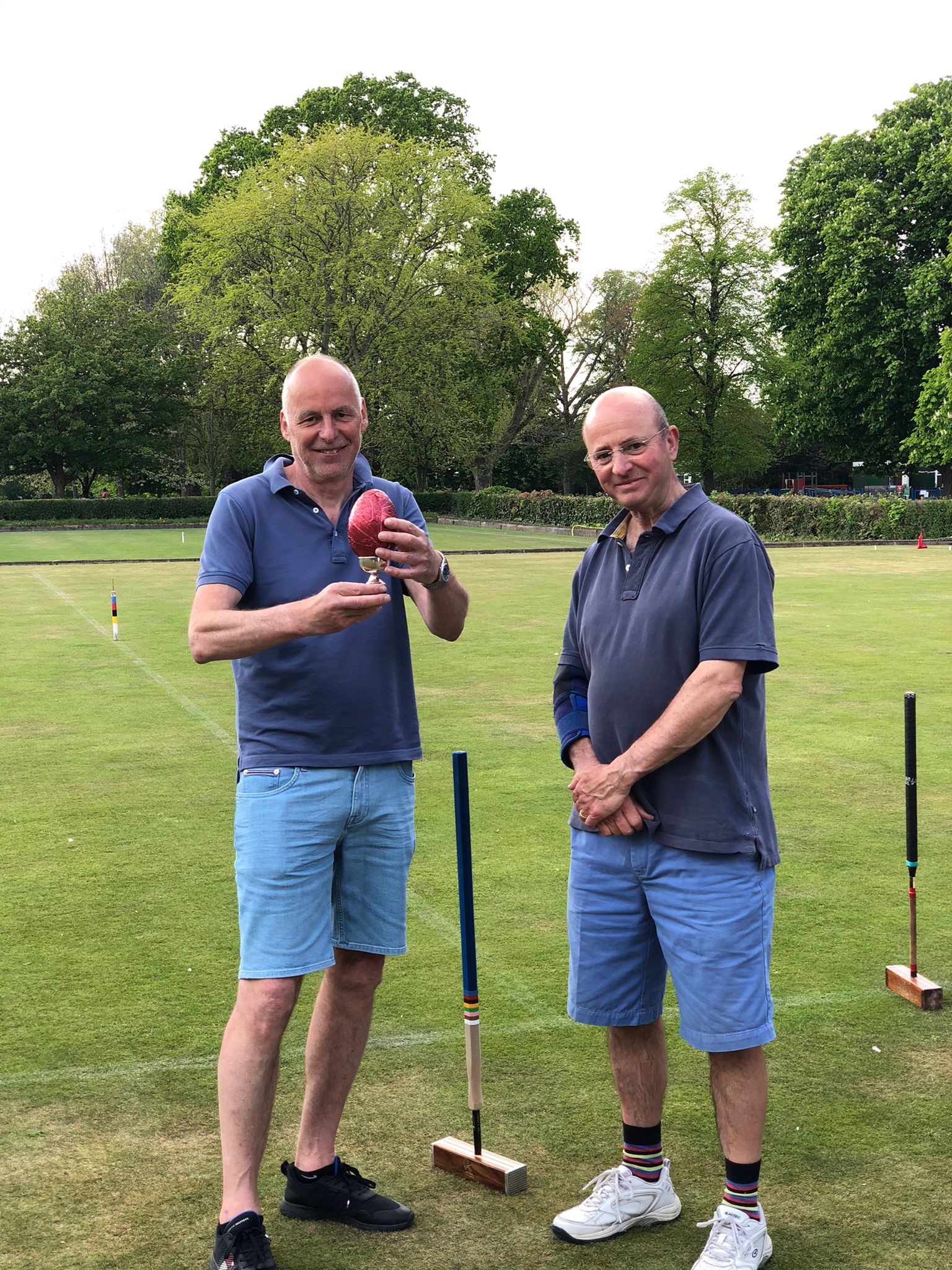