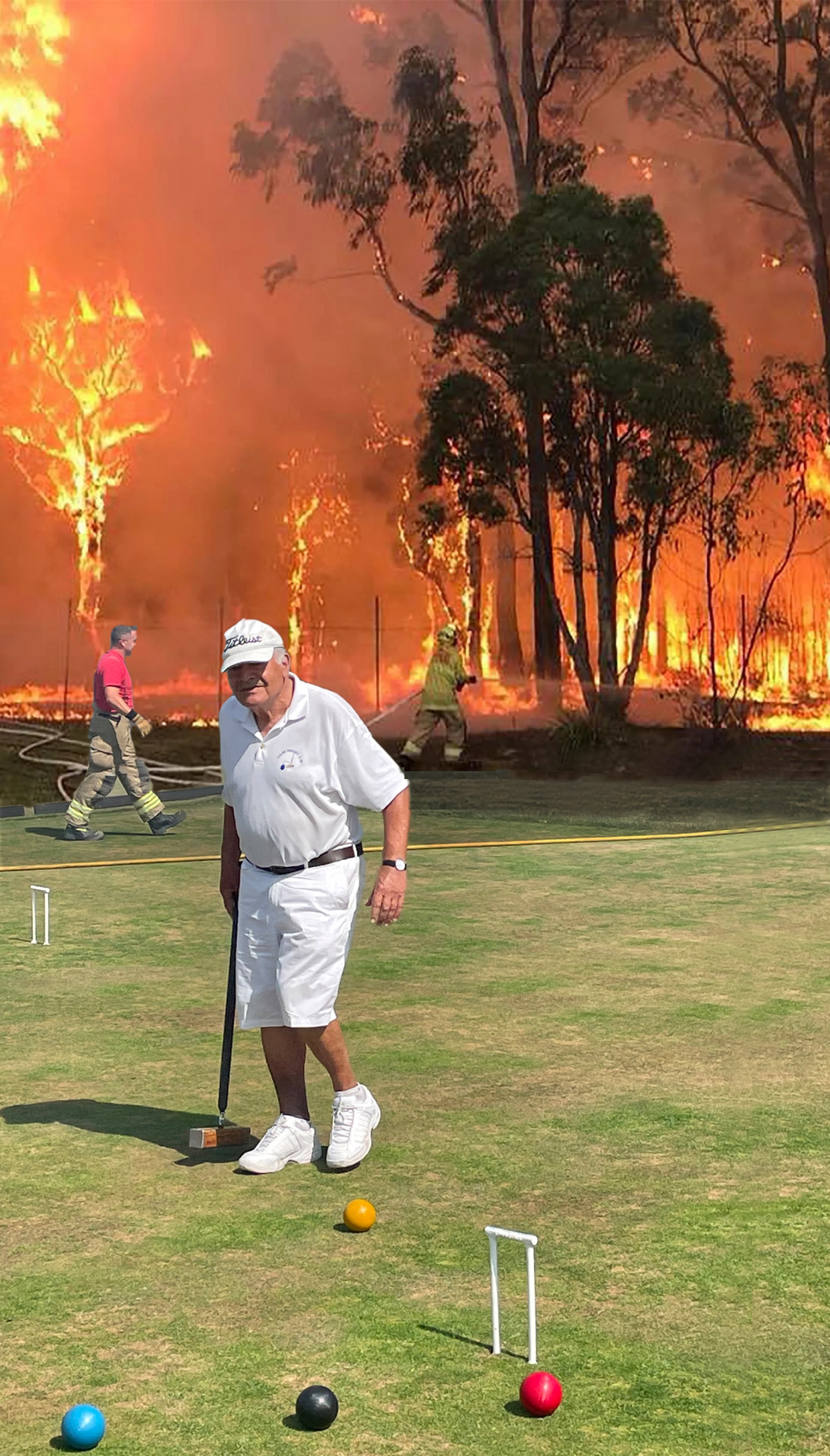 Ealing played Surbiton at GC and AC in four matches over an eight-day period, and managed to win all of them. The Ealing team are obviously on fire, so much so that the fire brigade had to be called during Monday’s match in the GC R League, which Ealing won 5-2.

Martin Blackmore was particularly stoic, and played on as the smoke from a bush fire in the adjacent field swept over the lawns. The rest of the team – David, Tony and Simon Turner – retreated to the clubhouse to watch the spectacle from a safe distance. 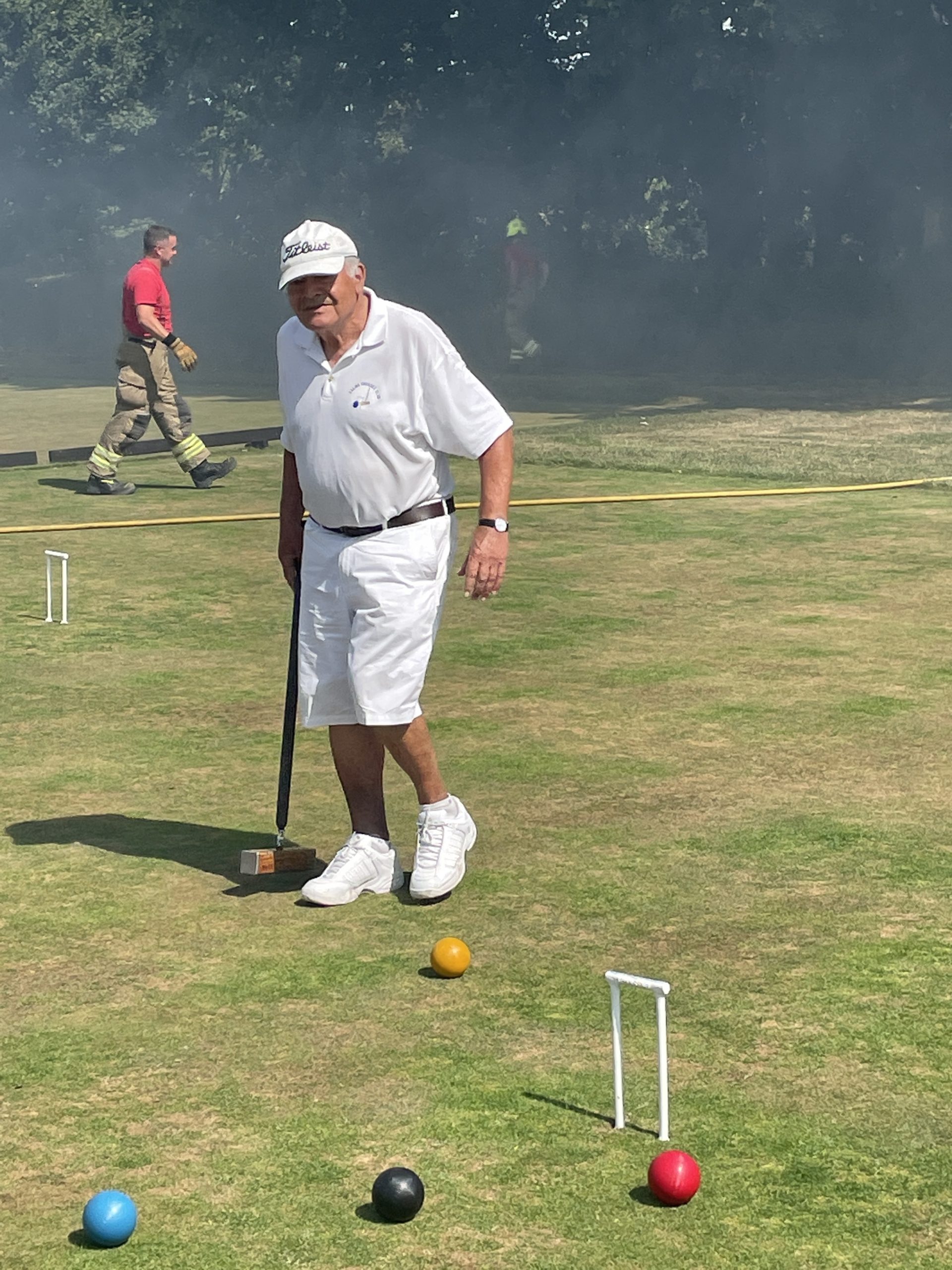