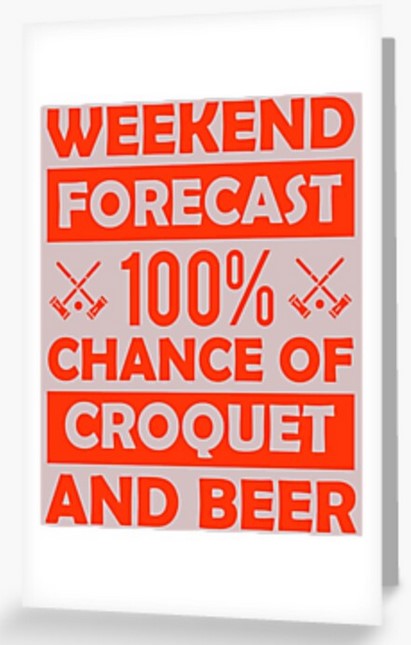 The overall winner was to be the person winning the most games having played all four rounds, and at the end of round three we had two players with a 100% record, which meant Pauline and Isobel went head-to-head in what would turn out to be a tense final. Isobel (handicap 11) just prevailed over Pauline (handicap 12) and should feel herself fortunate that no handicapper was around to witness her flawless four wins from four! She did, however, walk away with a bottle of pink prosecco.

Less glittering performances from David Graham and Simon “Chair” Tuke saw them forced into a fourth-round play-off for the ignominy of being handed the wooden spoon. Simon prevailed as the evening’s big loser!

The prize for best newcomer went to Margaret after a very impressive run of games including wins over David and Lindy, and she is now the proud owner of an ECC T-shirt as a result.

Mentions to two players who missed the early rounds but ended with 100% records: Tom on 3/3 and Anthonia on 2/2 including a 4-0 trouncing of Tony (another one who should be a bit wary of the handicapper perhaps). Well done both, and if you’d only turned up earlier… who knows?

Special mention to non-playing Wendy who provided lots of help throughout the evening.

Thanks to the established members for welcoming the newbies, and many thanks to all the newcomers who quickly got into the spirit having been given what may have turned out to be a slightly harsh 14 handicap for the evening: Elaine, Alex, Margaret, Ranee, Simon, Debbie, Sam and Rachel.